Register Login
Welcome to our Blog

Read about useful technical tips, restoration techniques or just find out what we’ve been up to here at MX5 City. 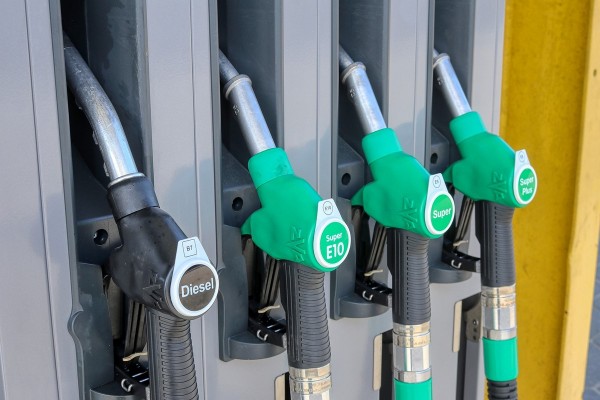 I have had a lot of emails and phone calls lately asking about whether E10 fuel is compatible with MX-5s, so I thought I would do a bit of research and try to answer those questions. There seems to be lot of conflicting information out there at the moment!.

One thing for certain is that the current E5 fuel is going to be available still for a good few years yet. And, if you’re on the lookout for an MX5 For Sale, you might be wondering what this means for you on your MX-5 journey.

As far as I can make out the only model MX-5 that may be affected is the Mk1 NA and the main concern is from prolonged use of E10 causing degradation of the rubber fuel lines. It is not beyond the bounds of possibility to replace the rubber hoses with E10 compatible ones.

We use a generic E10 compatible rubber fuel line here in the workshop for repairs, etc. In my honest opinion the whole E10 saga is a lot of scaremongering perpetuated by the government to make us all scrap them and buy electric cars. E10 has been the main fuel supplied in France for at least 10 years (and even longer in the US). We have dozens of customers in both those countries and I have never heard of any problems with running any MX-5s, including Mk1s.

The official line from Mazda is that all cars post 2002 are compatible with E10, but I believe that this is because they didn’t specify E10 compatibility requirement with their fuel pipe suppliers/manufacturers prior to that date, therefore they can’t guarantee compatibility.

That is not to say cars prior to 2002 will not be compatible – just that Mazda will not put their name to it.  2002 is an odd year because it falls right in the middle of the Mk2.5 or NBFL production and I cannot believe that they would switch specification in the middle of a production run.  Also if they had, they would have had to issue a different part number for the E10 compatible components, which they haven’t done of course.

A quick check on the Mazda parts list shows exactly the same part numbers for the rubber fuel lines and injector seals, etc. from start of production in 1989 right up to end of the NB production in 2005.  Having worked on these cars for over 20 years I can confirm that the fuel lines on the Mk1 NA models are the same as for the NB models so it makes no sense that Mazda’s official line is that only post 2002 models are compatible.

The more likely reason is that E10 compatibility wasn’t specifically requested by Mazda in their specification to their fuel line suppliers, therefore they cannot guarantee compatibility for earlier models (and therefore risk getting sued).  It doesn’t mean that the older cars’ fuel lines are not ok with running E10.

There are a lot of older and very valuable classic cars out there still and their owners are not about to start scrapping them and taking them off the road any time soon, so I suspect E5 will be available at the pumps for a good few years yet.  There is no risk in my opinion running your car on E10, but if you want to be certain you can run on E5 and it will not harm your car to fill up with E10 on the odd occasion when E5 is not available.

I hope this information helps clarify things, but probably not!